The presentation slide deck challenge and the mindful solution 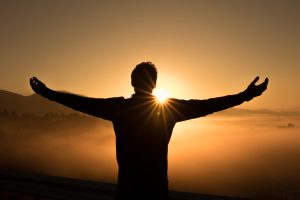 The slide deck challenge is a universal and significant one.

Many business presentations today are supported by visuals. Once upon a time, PowerPoint was the default choice to create a slide deck. Today, the choice of software is extensive.

Presenters no longer have to turn to PowerPoint to craft a helpful slide deck. Options such as Prezi, Keynote, Visme and software platforms such as beautiful.ai are just a handful of the many available.

Over the last decade or so the ubiquitous misuse of visual aids has created a great deal of unrest. If you’ve ever come across the terms, ‘Death by PowerPoint’ or ‘Death by Bullet Point’, you’ll know exactly what I mean.

The effective use of visuals can have an extremely positive impact on business presentations. Mindfully crafted, compelling visuals can help presenters to:

– Capture and keep their audience’s attention

– Enhance the emotive side of their presentation

– Increase their credibility and memorability

One day, a long, long time ago a man called Robert Gaskins invented some presentation software called PowerPoint. Microsoft acquired the software in 1990 and by 1993, PowerPoint was making $100 million in sales annually.

Presenters all over the world suddenly realised that the software could become an impressively compelling part of the presentations.

As time went by, the ease and popularity of this way of presenting became ‘The norm’.

Whilst life became so much easier for presenters, the burden shifted to audiences.

Before PowerPoint they could listen to the presenter and have a conversation with them.

The ‘New norm’ meant they now had to read and listen at the same time.

As time went on, presenters became lazier; saturating their slide deck with tons of text, data, bullet points and charts.

It made them feel and look good being able to show their audiences exactly how much they knew. All they had to do was cram everything onto a few slides.

The phenomenon is as commonplace today as it was in the 90’s. It’s a phenomenon because everyone agrees that the practice is wrong and doing considerable harm in today’s workplace. Despite universal agreement, many of the worlds most intelligent, creative and talented professionals are still misusing visual aid software.

The reason for this, is they have a new and seemingly valid excuse. ‘I have to include everything on my slide deck because my audience want a copy afterwards’.

That is often true of course.

The problem is, it’s just exacerbated a long-standing issue.

Have you ever attended a business presentation with the following mindset?

‘I don’t have to pay much attention to this presenter because I know they will send me the slide deck and I can read it in my own time.’

If that thought doesn’t enter your mind, that’s great but perhaps another will.

– ‘Is she serious, I can’t listen to her and read and understand all of that stuff while she talks over it.’

– ‘There is so much text on that slide, the font is so small I can’t even read it from here.’

– ‘There are 8 bullet points on that slide but I’m only interested in number 7.’

– ‘Why on earth is he reading that to me, does he think I can’t read?’

– ‘There is so much data on that slide, I will never remember it all’.

– ‘That graph is so complex I really don’t understand it’.

– ‘There is so much information in this slide deck I have no idea what is relevant and important to me’.

– ‘Why did they call me here, they could have sent me the document to read for myself.’

Why would your audience need a copy of your slide deck (most people won’t actually read), if you presented your message in a simple, clear and compelling way in the first place?

Do they really need you to share a presentation or do they need a document they can read at their leisure and call you if they have any questions?

Documents are designed to be read in the comfort and quiet of the reader’s mind. They were created to be read, not shared on a screen and be read out to you.

Most people will never read it again anyway!

In a previous article, ‘Have you given your presentation an X ray to find the gold?’, I wrote: ‘Consider crafting your presentation as if you were panning for gold. You can be sure that most of what you will find is dirt, dust and gravel. If you filter long and hard enough you just may find a piece of gold. That’s our job as presenters, to filter the ‘noise’ until we find the gold.

If you are clear that your audience must have a copy of your slide deck after your presentation, create two decks.

The first slide deck is the document you planned on presenting to them anyway. Remember, it’s that one saturated in text, data, charts and bullet points. Do not present it to them.

From your first deck (the document), create a second slide deck; your visuals.

In this second slide deck you have had done all of the ‘panning’. You’ve filtered and extracted the ‘gold’ from your first deck; the document.

This deck contains only the very important, specific and relevant elements of the document which your audience need.

It includes your message, the key data which supports your message. It also contains the significant and relevant story behind the data and the message.

Long before your presentation, set the following intention.

Ask them whether they need a copy of your presentation after you have spoken. If they say yes, ask them why and try to understand what exactly they need and how it will help them.

If that’s a requirement, suggest the following approach to them.

Share your respect of their time by explaining that you are happy to let them have a comprehensive document afterwards with all of the finer supporting detail if required.

When you sit down to craft the visual slide deck be sure to follow these extremely helpful tips, ‘21 Powerful PowerPoint Tips you really need to know’.

If you need help with the slide deck challenge:

Photo by Zac Durant on Unsplash

If you’d like to connect and learn more through LinkedIn scan here: 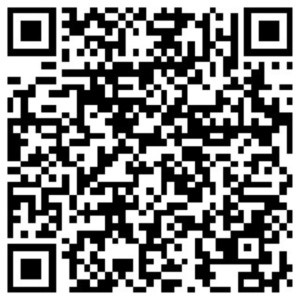