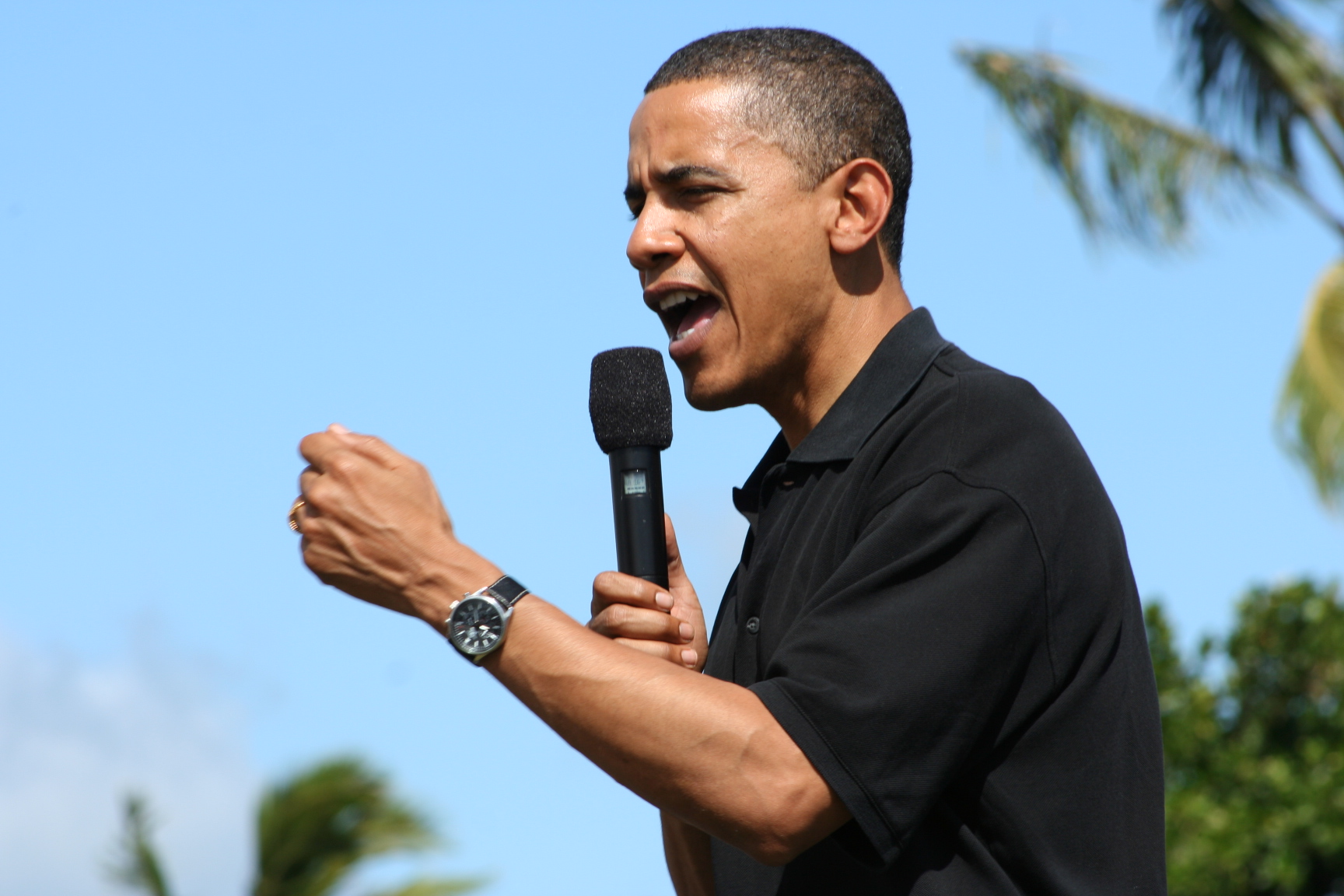 It’s no secret that President Obama is one of my favourite public speakers as I’ve written many articles expressing my admiration for his style. His powerful use of descriptive and creative words, his mastery of the ‘pause’, his brilliant use of metaphors, his command of repetition, humour and the skilful way he uses his voice and gestures are just a few of the countless gifts I applaud in him as a speaker.

Politics aside, it’s my belief that he will be remembered as one of the greatest speakers of all time. His farewell speech to the Nation this week was yet another demonstration of the masterful rhetoric.

When the leader of one of the most powerful nations on earth opens his speech with the words “It’s good to be home” his audience gets to relax in the knowledge that all is well. When he then gives them the credit for his success it’s hard not to respect his humility and relax even further: “And every day, I learned from you. You made me a better President, and you made me a better man.”

Far too many speeches and presentations begin with the speaker launching into detail, data or drama when the first thing an audience really wants at the start is to feel safe.

With millions of people in the world searching every day to find purpose in their lives the President of the United States of America tells a nation and indeed the whole world that, “I was still trying to figure out who I was; still searching for a purpose in my life.”

I’m sure I can’t think of a more powerful way to instantly connect with an audience and help them to feel good than by telling them ‘I’m just like you.’

It’s all in the smile

One of the simplest yet most powerful things you can do when you want to connect with an audience in any presentation or speech is to smile. Before he even utters a single word President Obama walks out on to the platform with nothing but a big beaming smile for the first minute. Its common knowledge that smiling is contagious, it’s really hard not to feel good when someone is smiling at you. At Mindful Presenter we believe that being professional doesn’t mean you have to be deathly serious and rigid as you speak and so as simple as it may sound we encourage everyone we work with to smile.

“You can tell that I’m a lame duck”

He doesn’t take any chances with leaving his smile to do all of the work as before his audience are even seated he relaxes them even further by making them laugh, “You can tell that I’m a lame duck, because nobody is following instructions,”

Including a little appropriate humour in your presentation or speech carries many significant benefits. Putting your audience at ease, lightening things up a little and connecting with them are just three of the most striking.

One of the most compelling ways of delivering your message with impact to ensure it’s received with clarity and emphasis is to repeat it.

“If I have told you eight years ago, that America would reverse a great recession, reboot our auto industry, and unleash the longest stretch of job creation in our history.”

“If I had told you, that we would open up a new chapter with the Cuban people, shut down Iran’s nuclear weapons program without firing a shot, take out the mastermind of 9/11…”

“If I had told you that we would win marriage equality and secure the right to health insurance for another twenty million of our fellow citizens.”

“If I had told you all that, you might have said our sights were set a little too high.”

Carefully choosing the key points you want your audience to remember and repeating them with rhythm, pace and energy is a very potent tool in public speaking.

Brilliant speakers know how to get their audience to relax and connect with them emotionally as well as intellectually but they also need to deliver the facts.

“The unemployment rate is near a ten year low.”

“The uninsured rate has never ever been lower.”

“Health care costs are rising at the slowest rate in fifty years.”

Unless you are a comedian or entertainer your audience will always be looking for substance and the highly effective speakers give them the facts.

President Obama doesn’t just say words; he brings them to life with the use of descriptive, colourful and creative language.

“The rise of naked partisanship…’”

“The splintering of our media…”

“Presuming a reservoir of goodness in other people…”

“Unleash the longest stretch of job creation in our history.”

“That idea whispered by slaves…”

Imagine how we could transform business presentations all over the world simply through the use of more descriptive language.

In the world of public speaking and presenting there is a well-known term called ‘The rule of three’. The concept is as old as Aristotle who wrote about it in his book Rhetoric.

It has stood the test of time because people tend to easily remember three things and great speakers take advantage of that fact.

“We remain the wealthiest, the most powerful, the most respected nation on earth.”

“You believe in a fair, just, and inclusive America.”

Humility in public speaking and presenting is a powerful gift to give your audience because they are the only reason you are speaking.

“My fellow Americans, it has been the honor of my life to serve you. I won’t stop. In fact, I’ll be right there with you as a citizen for all my remaining days.”

As you craft, practice and prepare to deliver your presentation always remember that it’s not about you, it’s about your audience.

The Eyes Have It

Content and words aside there is another immensely commanding element of public speaking and presenting important in connecting with your audience.

Making eye contact with your audience makes you look authoritative, believable and confident. When you take the time to really look at your audience you substantially increase your chances of engaging and connecting with them. When you watch the video see how President Obama uses eye contact to allure his audience.

The power of the pause

When President Obama gave his address to the United Nations General Assembly in 2014 I wrote an article about him called, ‘Obama – Master of the Pause’. I don’t believe I have listened to a speech of his which didn’t beautifully demonstrate this and his farewell speech was another example of the power of the pause.

As a speaker, the pause allows you to:

Try it for yourself the next time you are called on to present.

Whether you like him as a politician or don’t, whether you think he has been successful in his 8 years or president or not I believe it’s extremely difficult to not agree that President Obama is a brilliant speaker.

He speaks with such eloquence, purpose and presence. Just about every aspiring speaker need look no further for lessons in high impact public speaking than studying many of the speeches he has made during his presidential term, including this one.