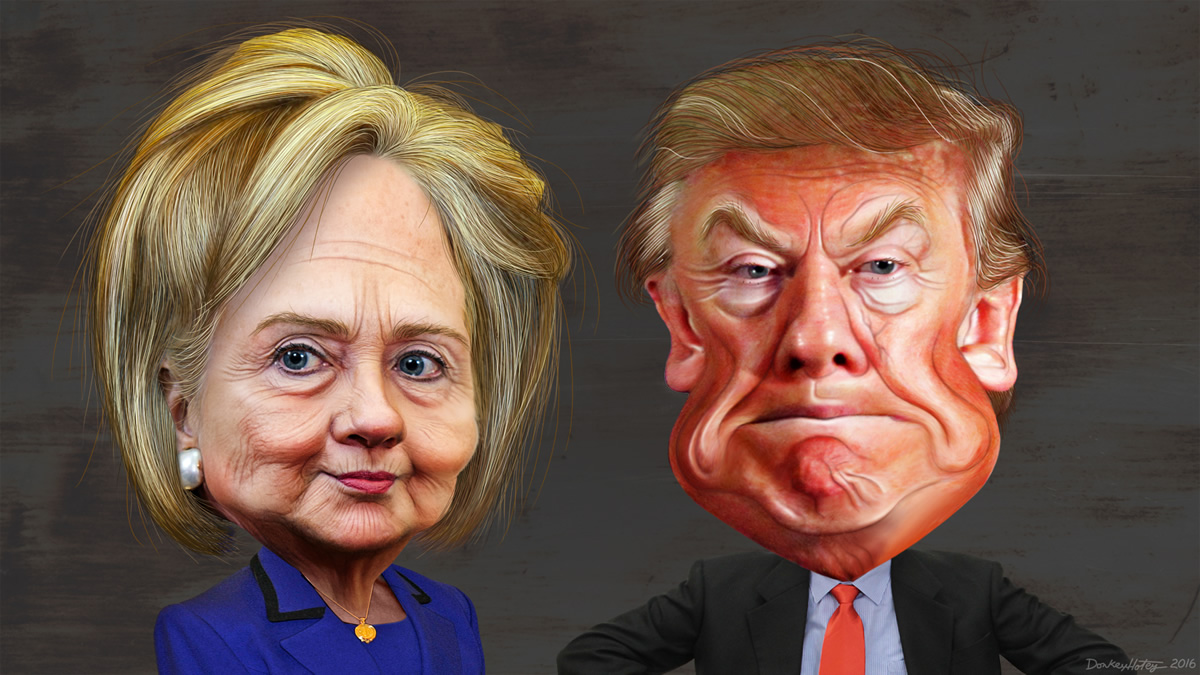 There is public speaking and then there is speaking in public with 100M people watching you. Most people don’t like the idea of the first and for those that don’t mind it the majority would perish at the thought.

Presidential candidates are different of course and many would argue that they relish the limelight. Last night offered the opportunity for Donald Trump and Hillary Clinton to capture the hearts and minds of the world in the first Presidential Campaign debate.

Dressed in her striking red power suit Hillary Clinton made a statement to the world before she uttered a single word. I believe that the author Sady Doyle expressed that statement very eloquently in her tweet: “dressed in the blood of men who underestimated her.”

She dressed in a way that was completely befitting with her intent to be confident, calm and measured. She clearly arrived armed with the collected determination to stand up to a man who has a reputation for not playing too nicely.

Senator Clinton kept her cool under attack, smiled and even used a little humour where she could. Politics aside if you were to judge her purely on her public speaking ability and performance last night in my opinion she was presidential.

In April I wrote an article called: ‘Hillary Clinton – Shares Lessons In Mindful Presenting’ in which I praised her on:

She did it all again last night

Interestingly, among the first words out of Hillary Clinton’s mouth at the 2016 presidential debate were, ‘Today is my granddaughter’s second birthday’.

In contrast the very first thing Donald Trump had to say was, ‘Our jobs are fleeing the country. They’re going to Mexico’.

Donald Trump gave a ‘text book’ opening last night almost as though he had just stepped out of the presentation training room. It was direct, controversial and possibly what a lot of people wanted to hear him say; he got straight to the point.

Ordinarily that would have been a great opening. The problem was  that it was predictable and although true to the message he so pugnaciously repeats it was lazy. If the very first thing you say is the same thing you always say then there comes a point where despite its truth or significance it becomes a little tiresome to hear. With a reputation for a more combative speaking style he simply did what he always did.

Senator Clinton on the other hand adopted a more Mindful path. She had clearly listened to her critics who have repeatedly counselled her to ‘open up’ and adopt a more personal approach. It was an intelligent and very thoughtful opening to a very serious question, ‘Why are you a better choice than your opponent to create the kinds of jobs that will put more money into the pockets of American works’?

In July 2015 I wrote an article called: ‘8 Presentation Tips for Donald Trump’. In April 2016 I wrote about how I felt that he had taken some of that advice: ‘Donald Trump Took My Presentation Skills Coaching Advice’.  Last night I believe that he failed on most of the 8 suggestions I offered but by far the biggest he chose to ignore in my opinion was ‘Create hope not animosity’.

Being a great orator in terms of the way you deliver your message is not enough you also have to have a message which is clear, compelling and content rich.  Here is what I heard from last night’s debate listening specifically to their approach and content.

Problem or the solution

Hillary Clinton spoke very articulately about what she wanted and more importantly she clearly stated how she would get those things. Donald Trump answered the same question by complaining and once again bringing Mexico and China into the equation. In fairness he didn’t just moan, he did offer a solution: ‘I’ll be reducing taxes tremendously, from 35 percent to 15 percent for companies, small and big businesses.’

If he can really achieve that then it’s no wonder so many people are supporting him. The question is; how realistic is it?

Trying to keep my eyes open with matchsticks at 2am this morning ( I live in the UK) trying to work out why Donald Trump would make such a massive financial commitment Hillary gave me the answer:

‘He started his business with $14 million, borrowed from his father, and he really believes that the more you help wealthy people, the better off we’ll be and that everything will work out from there.’

The second blow followed very swiftly as she once again let us in to a little of her world by talking about her father’s small business in drapery fabrics.  From one candidate allegedly being loaned $14 million to the others father owning a small business brought matters a little more down to earth for me and many others I’m sure.

Mr Trump defends the allegation by referring to it as a ‘very small loan’ and then turns to being the victim again referring to China he says, ‘What they’re doing to us is a very, very sad thing.’

Mr Trump is asked the question ‘How, specifically, are you going to tell American manufacturers that you have to come back?’

After protesting about China, Mexico, Hillary Clinton and other politicians he had to be pressed on the question once more. His answer is to threaten those who choose to manufacture their products outside of the US with a taxation penalty.

I have no idea how realistic that is as a possibility but the point is would an audience really entertain someone like Donald Trump repeatedly portraying their country as victims?

You can’t have it both ways

As if Donald Trump wasn’t already on the ‘back foot’  Hillary Clinton pushes him back further by saying, ‘In fact, Donald was one of the people who rooted for the housing crisis. He said, back in 2006, “Gee, I hope it does collapse, because then I can go in and buy some and make some money.” Well, it did collapse.’

If it’s true then it’s not something those who lost their homes would take very kindly to.

The debate then enters the realms of ‘he said, she said’, ‘you did, and he did’. I’m guessing that the bickering was far less annoying to those more awake in the same time zone but at 2am it was little more than petty and irritating noise to me.

I have to say though that in terms of content alone Hillary Clinton’s response to everything that was thrown at her was well considered and positioned.

Donald Trump on the other hand seemed ill prepared and out of his depth.

I wonder what the next debate will bring us.

What are your thoughts on the public speaking skills of Donald Trump and Hillary Clinton following last night’s debate?