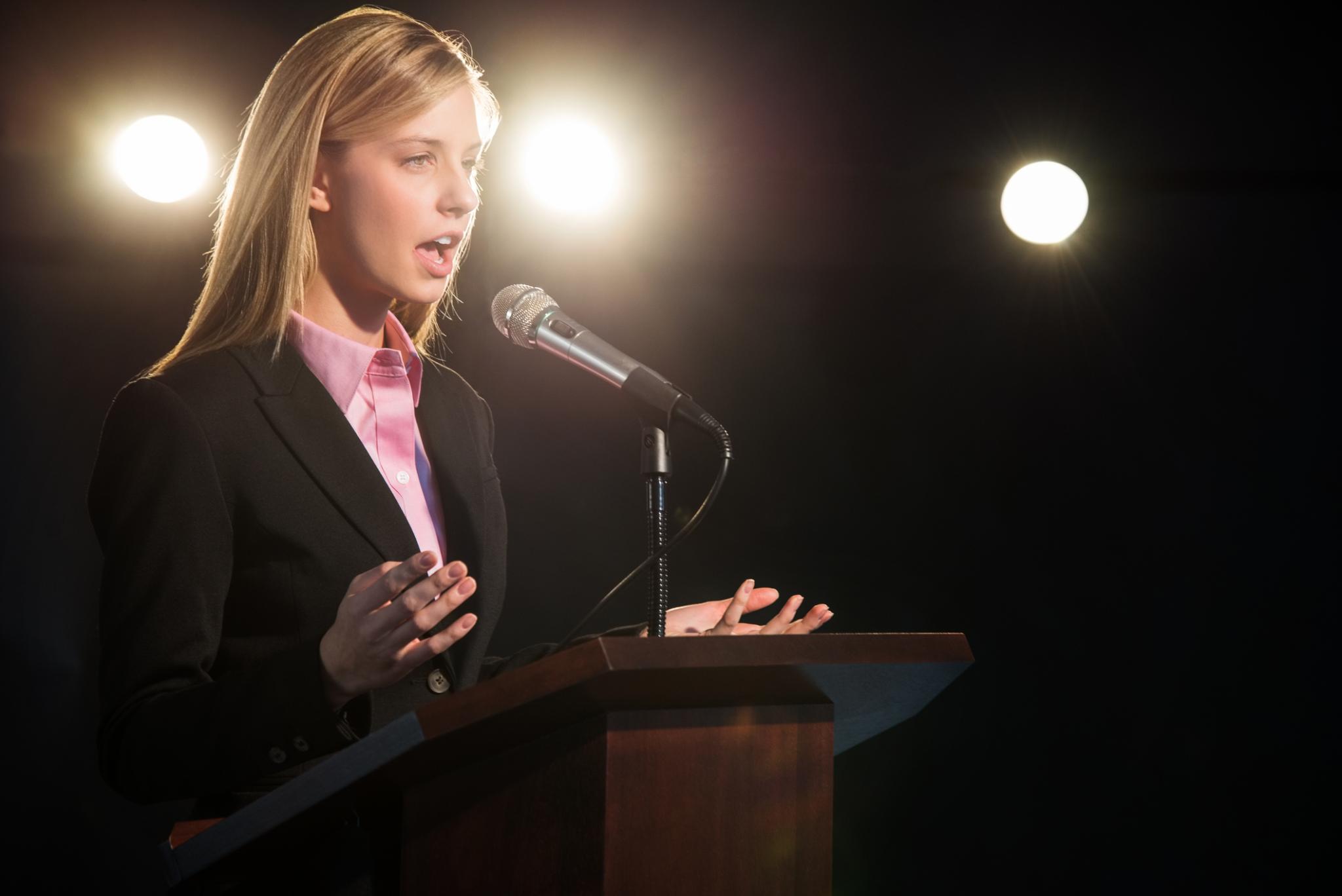 Do you know what today’s worst public speaking habit is?

If you will be attending some form of business presentation this week, you could very easily hear today’s worst public speaking habit

– The speaker turning her back to their audience whist reading every word sitting alongside a long list of bullet points.

– A presenter nervously tapping a pen in his hands or clutching and fiddling with his notes.

– Someone who sways  from side to side as they speak

– The presenter pointing to some text on their slide which is so small, they say, ‘you probably won’t be able to read this so I’ll read it for you.’

– Hands in the pockets

It is the excruciatingly frustrating habit of ending a sentence as though it were a question.

You’ll know it when you hear it.

Every statement sounds like it’s a question, when its not a question at all ,it’s a statement.

When it continues for 20 minutes it can be painful to listen to.

Many people think its a habit reserved exclusively for the millennial generation. Whilst it is prevalent among that group, it certainly isn’t isolated to them.

It has become so common place, it’s been given its own name, ‘Uptalk’

Some say it originated in Australia while others insist it came from California and other parts of the world.

Wherever it started, it has become a global epidemic in the world or presenting and public speaking.

Unlike the age old common cold, however, for which a cure still hasn’t been found, this phenomenon can be stopped. The common cold of course is something most of us recover fairly quickly from without treatment. ‘Uptalk’ doesn’t leave you until you leave it.

Those people who repeatedly raise their pitch at the end of a sentence or statement when they are not asking a question are often perceived as uncertain, hesitant and lacking in confidence. Not to mention the fact that they can be annoying to listen to.

Given the fact that it is not a speech impediment we are born with, and it is a learned habit it, can be unlearned. Taking the time and having the courage to try out the following suggestions will go a long way to helping you to stop ‘Uptalking’.

Enlist a member of your family, a trusted colleague or a good friend to tell you every time you end a sentence as though it were a question. Get them to not only tell you what you said but ask them to repeat exactly how you said it.

Once you are clear on the statement in question, practice repeating it back to them several times without the raised pitch at the end. Keep doing it until they tell you that you have said it without the uplift at the end.

The next time you present at work, ask a trusted colleague to record your presentation on their mobile phone and send it to you.

Listen to the recording carefully, openly and objectively.

Notice exactly where you are ‘Uptalking’ and how often you do it.

Write down all of the statements affected and practice repeating each of these out loud mindfully without the elevated intonation.

Create a new habit of pausing momentarily and breathing between each sentence. Spend a little time exaggerating those pauses as an exercise with a friend or colleague. Reflect on what you just said for a moment before moving on.

Identify some of the common statements you end with ‘Uptalk’ and write them down. Spend few minutes each day reading those statements out loud controlling your intonation.

Please don’t underestimate the cost of this bad habit as it could be costing you your career or even friendships without you knowing.

If you really want to break the habit and perhaps even have some fun in the process set up your own penalty system.

All you need to do is agree a small monetary amount which you will allow and encourage everyone you know to impose on you each time you ‘Uptalk’.

At the end of each month see how much you raise and give the money to charity or a good cause.

If you’d like to overcome today’s worst public speaking habit: