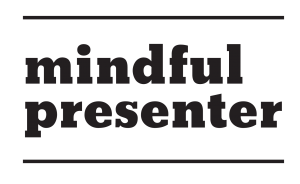 There are many public speaker lesssons we can learn from President Obama.

As a public speaker I’ve never made any secret of the fact that President Obama stands out for me as one of the most gifted orators in the world today.

Politics aside, i’m interested in how he delivers his message and the public speaker lessons he shares

On the 26th June 2015 thousands of mourners witnessed arguably one of the most powerful and poignant eulogies ever delivered.

President Obama spoke for 37 minutes at the funeral of Rev. Clementa Pinckney, murdered along with eight others at Emanuel AME Church in Charleston, South Carolina.

It was only a few short months ago I had to deliver a Eulogy at my own mother’s funeral. It was without doub,t the hardest speech I have had to make.

I can’t even begin to imagine speaking under such tragic circumstances.

This shook a community, a nation and the world

I was deeply moved by President Obama’s emotionally powerful speech.

Here are just a few of the valuable public speaker lessons we learned:

“Giving all praise and honour to God The Bible calls us to hope To persevere and have faith in things not seen They were still living by faith when they died, scripture tells us. They did not receive the things promised; they only saw them and welcomed them from a distance, admitting that they were foreigners and strangers on Earth.”

Every word and space recognizing that time for the departed had ceased and that it was time now to say goodbye.

That was the perfect opening for a eulogy.

Consider how many speeches and presentations you’ve attended where the speaker opens in a rushed and unconsidered way to rattle through the agenda.

It always pays to start slow but strong.

2. Show them you care

The purpose of any speech has to be to make an emotional connection as well as an intellectual.

The entire 37 minutes was delivered with an understandable sense of pain and sadness. We also felt an undeniable undertone of anger which the audience were undoubtedly feeling too, judging by their response.

Of course emotions such as sorrow, pain, regret and even anger are entirely normal at a funeral.

They are naturally expressed by the eulogist.

Nevertheless, the learning when it comes to any speech, is that it’s the job of the speaker to help the audience to feel something.

The one thing President Obama focused on throughout the entire eulogy was how everyone affected by the shooting was connected by ‘God’s Grace’.

Everything in his speech was linked together by the idea of grace. That was the theme that unified and brought solace and hope to thousands attending the funeral.

Making the connection helped them to understand and relate to what he was saying on a much deeper level.

Once again, although it’s arguably much easier to do while giving a eulogy the challenge remains for any presentation.

The job of any speaker with a desire to move people to action is to find the connection between them all.

4. End as strong as you started, if not stronger

President Obama gave an emotionally stirring speech which paid tribute and respect to the departed, allowing a thoughtful reflection on race in America whilst also stimulating political thought. The one thing I believe he will always be remembered for in this speech is the fact that he led the thousands of mourners into song.

The President of the United States of America bought thousands of people to their feet to join him as he sang ‘Amazing Grace’.

How did he do it?

He started to sing first. That’s not something we see every day from any speaker, especially within politics, but it was the perfect ending to an impeccable speech and would have taken a great deal of courage.

I believe that as public speakers there is always so much we can learn from President Obama and we don’t have to wait for a eulogy. The next time you present make a mindful effort to craft and deliver a presentation where you start strong and end even stronger, show them you care and make the connection crystal clear.