Simon Sinek on Millennials in the Workplace 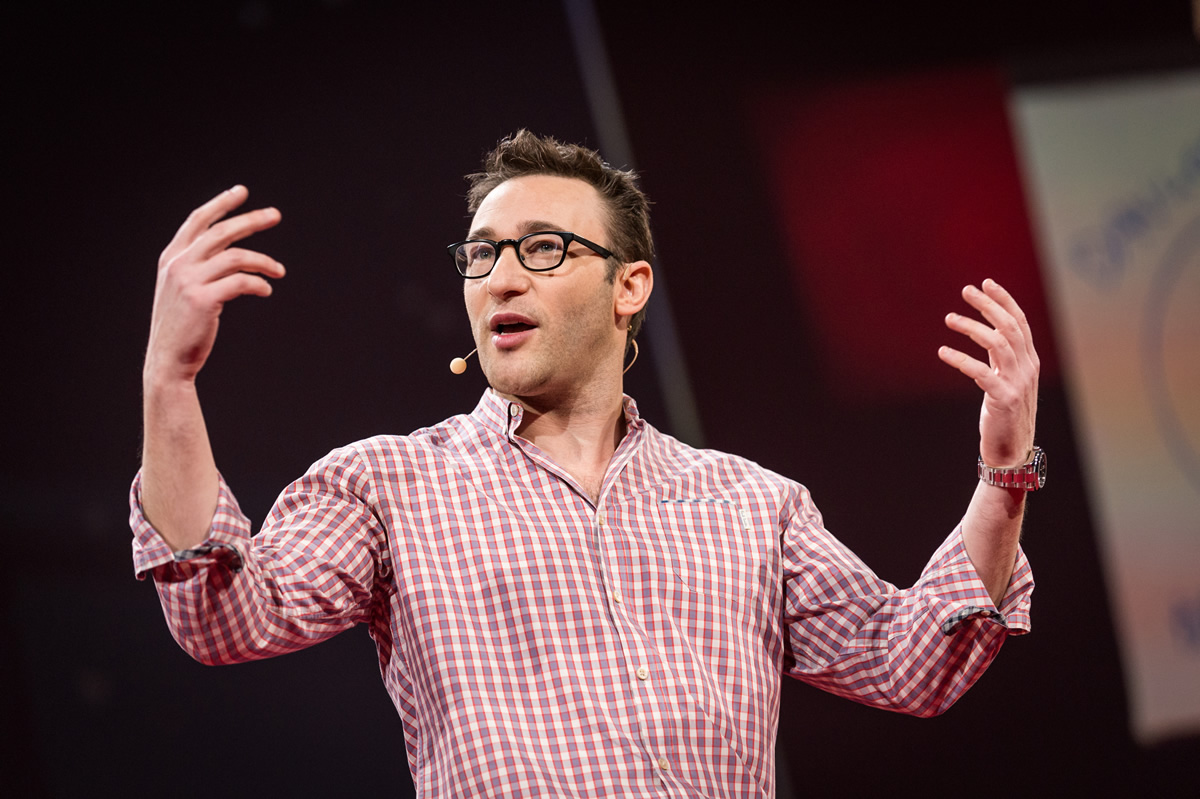 Knowing my passion for public speaking and all things communication my son pointed me in the direction of a recent Simon Sinek YouTube video. A little short of time to give it the attention my son Reece said it deserved I decided to watch it whilst relaxing in the bath.

Given the fact that Simon Sinek is one of my favourite speakers and authors I have to say it was something I looked forward to. Fifteen minutes later I realised it was one of the most depressing yet thought provoking talks I have heard in some time.

He cites four reasons why he believes so many millennials are unhappy at work:

I’m only pleased that I had the foresight to sprinkle a little more of my favourite bath salts into the tub because this wasn’t easy on the ears.

My first thought was, ‘oh no, what have I done’.

My son is a millennial and his whole life his mother and I have told him just how special he is.

Have I been a bad parent?

If I have then it certainly wasn’t a learned strategy because I don’t ever recall my parents telling me or my siblings how special we were.

Does that mean I put my son on a pedestal to make a point and give him what I never had?

If I did it certainly wasn’t a conscious decision. I told him he was special just about every day because I believe it and still do even though he is all grown up. In fact, I will never stop believing it.

I remember when he was five years old I asked him what he wanted to be when he grew up. He replied by saying, ‘A power ranger’. I looked him straight in the eye and told him that if that’s what he wanted to be then I believed the world could always do with another Power Ranger so why couldn’t it be him.

Perhaps that was a little over zealous but my intention was pure and anyway why couldn’t he be a Power Ranger?

Each time I leave a workshop I pray that others will tell them just how special they are and how they can have anything they want; it seems that I am such a lone voice. In my experience, regardless of the challenges they experience the only thing that stands in their way is their limiting beliefs, their imagination and people reminding them just how special they are.

As I lay in the bath I made the huge leap from agreeing with Simon to thinking just how wrong he was. In fact, I could think of nothing else as I travelled by train from London to York that very evening.

It’s my belief that we are all special, very special and most of us have no idea just how special we are. Does that mean we are better than everyone else?

Does it mean that we deserve more than everyone else?

Does it mean that we are each one of over 7 billion people on the planet where there has never before been someone the same as us and never will be again?

Does it mean that whoever we are and whatever we do we each have the capacity to make a difference in our own small way?

Does it mean that we are each endowed with so many gifts that we really are the most incredible species that has ever walked this earth?

If that alone doesn’t make us special then what on earth does?

Please never stop telling your child how special they truly are, however old they get.

Simon then goes on to share the comparative addictive nature of social media to smoking, drinking and gambling.

Interestingly as someone who is not a millennial but as a young man who felt the tight grip of smoking, drinking and gambling, even now, I too as a middle aged man feel the grip of social media.

Is it an issue for millennials alone?

If it’s an issue for all of us is it arguably a ‘safer’ addiction than smoking, drinking or gambling.

Personally, I am extremely grateful that my son has grown to become far fonder of social media than smoking, drinking or gambling. In fact come to think of it he doesn’t seem to be a fan of any of the latter.

My father was born in the late 1920’s and he left us far earlier than he should have due to cigarettes and alcohol. Who knows what would lead have happened had he had Facebook.

I believe that human beings have been chasing the dopamine rush since the beginning of time.

As I’ve already noted, I’m not a millennial by any stretch of the imagination. The other day I was travelling home on the train and feeling a little bored I turned to my phone to see who I could ‘chat’ with via Facebook.

I realised that there were over a dozen ‘friends’ who were available to ‘chat’ within that moment but I didn’t want to ‘chat’ with any of them.

Were these really friends?

Is this an issue isolated to millennials?

Simon refers to the challenge of ‘instant gratification’ and suggests that millennials can have whatever they want whenever they want it. Personally I think he’s missing a very important point.

Young people have been impatient since the beginning of time. I remember how I couldn’t wait to have my first girlfriend, pass my driving test, own a car, start by first job and own my own home. From the age of 13 it was relentless and it still is to this very day although age does have a habit of calming us down.

In my view, the fact that young people today may be even more impatient is a good thing rather than bad. They will be the drivers of change in a world of change. When most people think of change they think of the past but change surrounds us in every moment,

I happen to believe there is far too much patience in the workplace right now.

When I started work over 30 years ago I remember feeling extremely impatient and disgruntled as a young man that things were happing around me that just shouldn’t have been happening. So much didn’t make sense and it troubled me greatly that it felt so obvious yet others couldn’t see it.

I did something rather maverick at the time; within a few months of starting work I wrote a report and sent it directly to the executive team. The report highlighted everything I saw as the ‘new boy’ that I believed didn’t make sense, was holding the company back, making us inefficient or costing us money.

As I bypassed my manager she wasn’t best pleased but I made a big difference to the company and luckily the launch of my career.

Was it impatient of me to want to change things that were obviously not working 30 years ago?

Did the culture 30 years ago encourage and accept my mind set and behaviour.

Was it worth the risk?

Please don’t ask or expect our young people to be patient. The world is changing now and we need to change with it. Ignoring what they see is nothing more than ego.

Here is the point in Simon’s talk when I felt really depressed.

The best-case scenario is you have an entire population growing up and going through life and just never really in finding joy, they’ll never really find deep, deep fulfilment in work or in life.”

It pains me that we could send out such a message of despair to our young people when despite the challenges they face there has never been a better time to be alive.

It’s not parenting, technology or impatience that’s the issue. These are all realities of life and with the exception of technology none of them are new.

If you ever have the courage to visit your local cemetery for a few minutes one Sunday spend a few minutes walking around reading the countless gravestones.

It’s the universal challenge of life to find meaning, purpose and value and it’s easily to place blame on those who we believe hold us back.

The question remains: would you rather be alive today or 100 years ago?

We’ve been searching for meaning for thousands of years and it seems to me that it’s a blessing that we have finally created  generation that won’t settle for anything less.

The problem is that it’s not a new problem it is just getting rapidly worse and it’s fuelled by greed. Today’s leadership challenge is the same as it’s always been although greatly exacerbated by the world we have each created.

Far too many l leaders are leading the way their bosses led before them which doesn’t equip them for the changing world we live in. It’s not the corporations that are the problem it’s all of us. We have continued to create a world that demands quality, speed, innovation and excellence at the lowest possible cost and with little regard for those employed to deliver our demands.

As long as we get what we want when we want it at a price we can afford little else seems to matter.

CEOs are under pressure from their board and stakeholders for ever increasing profits.

Management teams are under pressure to deliver on numbers alone. Everyone from the executive to line management speaks openly about ‘people being our greatest asset’ yet are only measured on numbers.’

Whilst I lay in the bath blaming myself as a parent, technology, impatience and our environment for the monumental obstacles our millennials face including my son I realised that it’s likely that billions of fathers before me have done the same.

As I said to my son this evening, the most powerful thing that was ever said to me over 30 years ago was, ‘The only people who need to be motivated are those who can’t see a future’.

That one sentence has proved to be a great truth to me and I don’t believe that it’s our parents, technology, patience or our environment that dictates this. Whilst they all contribute in their own way I still believe that it’s largely down to us and everything else falls to blame or excuse.

Perhaps the truth is that is exactly why we are all here, to explore the opportunities and possibilities despite the challenges.

What do you think?