Oprah Winfrey: Public Speaking at its Finest: I – Inspire 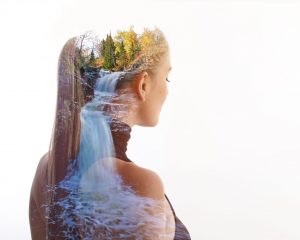 Oprah Winfrey delivered a stunning speech whilst accepting the Cecil B. DeMille Award for lifetime achievement at the Golden Globes. It was a speech which touched the hearts and minds of her entire audience, bringing them all to their feet in unified applause.

There is so much to learn from Oprah Winfrey during this extraordinary speech.

At the very heart of her speech lay the next quality we believe every great speaker and presenter sets as their intention.

Thankfully most business presentations taking place in meeting rooms in organisations all over the world today don’t need to revolve around speaking on injustice and inequality. Most are however still an opportunity to inspire.

Whether you are updating your team on their monthly performance, pitching to a client or briefing the board, every presentation offers the space to inspire.

How do you do it?

Let’s take a look at how Oprah Winfrey did it last night.

Oprah opened with a story:

“In 1964, I was a little girl sitting on the linoleum floor of my mother’s house in Milwaukee watching Anne Bancroft present the Oscar for best actor at the 36th Academy Awards.”

She later told us the story about Recy Taylor who “was a young wife and mother walking home from a church service she’d attended in Abbeville, Alabama, when she was abducted by six armed white men, raped, and left blindfolded by the side of the road coming home from church.”

Stories are so alluring to the mind because they stimulate our imagination. They create an emotional connection and they create pictures that we can see and feel. A short, relevant and powerful story can add great depth to our audience’s perception and understanding of our message.

Oprah explained the impact watching Sydney Poitier receive an academy award had on her:

“I tried many, many times to explain what a moment like that means to a little girl, a kid watching from the cheap seats as my mom came through the door bone tired from cleaning other people’s houses.”

One of the most effective ways of connecting with an audience is by giving them an insight into who we really are.

Listen to any of history’s greatest speeches and you will be certain to find a simple but extremely powerful public speaking technique; repetition.

Oprah didn’t make abuse exclusive to the entertainment industry, she referred to:

“They’re the women whose names we’ll never know. They are domestic workers and farm workers. They are working in factories and they work in restaurants and they’re in academia, engineering, medicine, and science. They’re part of the world of tech and politics and business. They’re our athletes in the Olympics and they’re our soldiers in the military.”

Notice once again the power of repetition in her rhetoric.

Have a sound bite

If you really want to inspire your audience and have your presentation remembered craft some simple, short but powerful words that they will share and repeat.

In Oprah’s case the essence of her speech was to ensure that “Nobody ever has to say ‘me too’ again.

Don’t just say it, feel it

This wasn’t your typical or expected acceptance speech by any stretch of the imagination. As well as being mindfully content rich, Oprah delivered it with so much passion, belief and humility that no one in the room last night could possibly have left feeling uninspired.

Have a clear and powerful message

Oprah Winfrey’s impassioned speech expressed a clear view that sexual harassment “transcends any culture, geography, race, religion, politics or work place” and crucially that “a new day is on the horizon!”

Most of us have endured lack lustre and uninspiring presentations and one of the key reasons for that is the lack of clarity and power in the message being shared.

“So I want all the girls watching here, now, to know that a new day is on the horizon! And when that new day finally dawns, it will be because of a lot of magnificent women, many of whom are right here in this room tonight, and some pretty phenomenal men, fighting hard to make sure that they become the leaders who take us to the time when nobody ever has to say “Me too” again.”

Everyone understands the importance of opening a presentation well but how you close it at the end is vitally important too. As well as creating a first impression, consider the lasting impression you’d like to have on your audience.

Presenting your ideas at work isn’t simply about showing people how much you know, how creative and how brilliant you are. It’s about making a difference and the best way to achieve that is by setting an intention to inspire them.

If you are presenting soon and need some help: