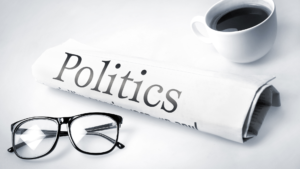 Whether you like or agree with them or not, David Cameron, Nick Clegg, Ed Milliband and Nigel Farage all know how to speak in public.

Some, arguably better than others

Each has their individual style and can give a good performance when the pressure is on.

For the most part, he did so without notes, which he left on the lectern.

No one can accuse Nigel Farage of not getting to the point or speaking his mind.

Nigel Farage is a confident and commanding speaker

His authoritative approach leaves his listeners in no doubt that he has something to say and that he will be making his presence felt.

His style is direct, unconstrained, clear and compelling.

Compelling in the sense that his assertiveness holds your attention .

You get the feeling that he’s likely to let you know about it should you dare to look at your mobile phone.

He referred to the UKIP conference in London a year ago saying:

“A year ago we had our conference in London with about half the number of delegates we’ve got today. I said to the UKIP conference last year that we would win the European elections of 22nd May 2014 and that we would create an earthquake in British politics AND WE DID IT”.

From there his speaking style was consistently predictable, almost to the point of distraction.

Nigel farage doesn’t seem to be an advocate pausing

Instead, he likes to conclude each sentence with a rather slow and laborious emphasis of the last 3 to 5 words:

He referred to people voting for UKIP on 22nd May 2014, because “THEY WANT CHANGE”.

Saying that it was no coincidence that UKIP were holding their conference in Doncaster.

He explained that, Ed Milliband is one of the town’s MPs there, “and we want to signal to the world that we are now parking our tanks ON THE LABOUR PARTIES LAWN”.

“For too long now much of the north of England in its towns and cities has resembled a, ONE PARTY STATE”.

“Towns and Cities in which the opposition which used to be provided by the Liberal Democrats and by the Conservative Party has frankly melted away to such an extent that they DON’T EVEN POSE A THREAT”.

“The first example of that we saw was in the Donnygate scandal of 10 YEARS AGO”.

“The total and absolute corruption of our voting system through the establishment back in 2000 of a POSTAL VOTING SYSTEM”.

“But Labour’s failure in the North of England of course is even worse and even more serious than the POSTAL VOTING SCANDAL”.

“I think it’s just about one of the most shocking things I’ve seen in my lifetime, IN THIS COUNTRY”

“Here in the North of England many of our target seats will be seats that are currently held by SITTING LABOUR MP’S”.

I think you get my point!

That’s his style and it seems to work for him.

Listening to a full key note where nearly every other sentence is ended with the same emphasis can feel a little monotonous don’t you think?

Nigel Farage knows how to own the stage through movement

He is gallant with gesturing and gives plenty of eye contact.

He makes up for his lack of vocal variety and grumpy demeanor through his relaxed, ‘talking to his mates down the pub’ style.

What I found particularly interesting though was his choice to adopt such a whining approach at such an important conference.

With just a few months left until the next General Election in 2015,  I would have thought a far better route to rally support would have been through giving a more visionary and inspiring speech.

From the outside in this seemed to me to be just another opportunity that sadly so many politicians use to try to motivate others to action through the expression of anger, frustration and disappointment.

If I was sitting in the audience in Doncaster Race course, I would be looking to feel energized and exhilarated rather than deflated and depressed.

He’s not the first politician who has embraced this style of speaking.

I’m certain he won’t be the last

Mindful Presenters have one thing in common.

They are crystal clear before they stand up to speak, exactly how they want to leave their audience feeling.

With that in mind I wonder what Mr Farage’s intention was.

It sounded to me as though his intention may have been to leave his audience feeling sullen.

I wonder if that WORKED FOR HIM.

If you need help with your public speaking and presentation skills: