Mindfulness in today’s hectic world – is it boring, impossible or critical? 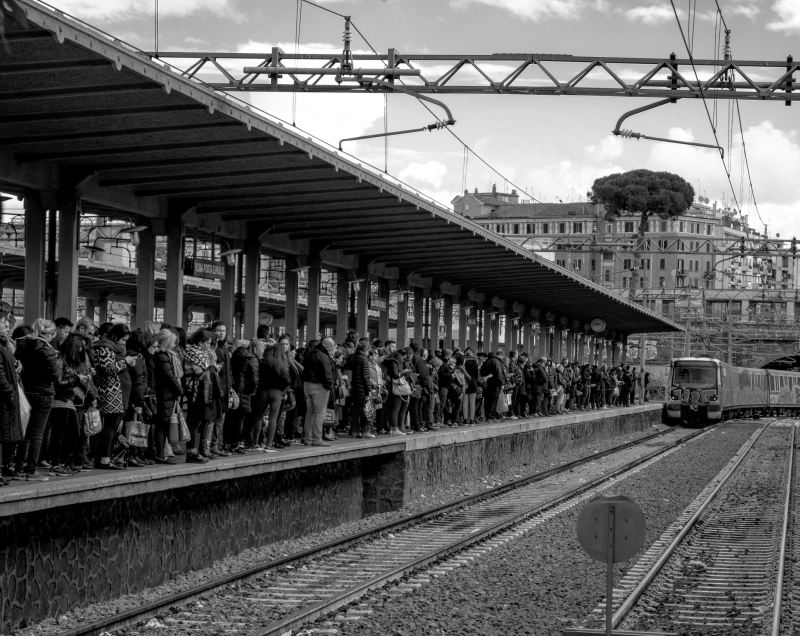 Is mindfulness in today’s hectic world, boring, impossible or critical?

Mindfulness as a practice isn’t new

It’s something that people have been doing for more than two and a half thousand years. It has clearly stood the test of time.

Today, many of the most forward thinking companies in the world have some form of mindfulness training program in place.

They understand the benefits of mindfulness in the workplace today

We live in a world of noise, pressure and ever increasing demands on our time and attention.

This relentless pressure is driving an insatiable appetite for change. For many of us, that change is quite simply what we have come to know as a ‘work life balance’.

Many of us have tried the pills, the potions, food and alcohol.

We have tried to numb the pain and distract ourselves from the noise but the pressure increases at a merciless pace.

Some would argue that those of us alive today are enjoying the best time in history to be alive. The reasons for such a perspective are ample and clear.

– More people have access to clean water than ever before.

– Advances in sanitation are something our ancestors would have probably had at the top of their wish list.

– Medicine has changed the face of the world we live in and people are living twice as long as they were 100 years ago.

We can travel to the moon in a matter of days.

Technology, travel, transport, education and just about everything you can look at is better in some way.

So what’s the problem?

According to the International Stress Management Association, ‘In 2015/16, stress accounted for 37% of all work related ill health cases and 45% of all working days lost due to ill health.’

It took great courage and persistence for me to squeeze myself onto the train. I then had to stand precariously on tip-toes for 30 minutes as we travelled to London.

Initially, I felt extremely thankful that I didn’t have to suffer the commute myself every day

I felt a great deal of empathy for each of those souls holding on to each other who did have to suffer the stress and indignity each day.

I started to wonder.

When we arrived at our destination how many of those same people would be:

– Dealing with the same problems and having the same conversations.

– Rushing through their lunch if they were lucky enough to have time for a break.

– Perhaps be so preoccupied that they probably wouldn’t taste a single mouthful of their food.

Acquiescing to their boss busy dumping another project onto their desk

– This one with a deadline gazumping the myriad of others already causing them sleepless nights.

– Wondering if their boss or the company ever saw them as someone’s mother, father, son or daughter.

– Curious as to whether they were seen as a person with hopes and dreams, fears, worries and feelings.

Role playing the corporate person they were being paid

Thinking about how it was still only Wednesday.

Wondering how they will survive until the weekend arrives.

Finally leaving work for the day to once again, to stand tip-toed, dishevelled and exhausted from another day on the treadmill.

Desperately waiting to get back home to pour a glass of wine. To slump in front of the television to distract themselves from the thought that in a few short hours they will have to go through the same thing all over again.

That of course is an exaggerated picture of a normal day for many people; or is it?

It doesn’t include is of course the reality that outside of work we still have a life to enjoy and manage.

– Bills have to be paid on time.

– Food doesn’t just magically appear on its own in the fridge.

– Dog won’t walk himself and bring himself safely home.

– Kids need some of our time too.

How about planning that holiday

– It’s been a while since we’ve since our parents.

– I think I have a sore throat coming on.

Mindfulness is the solution

For many people it doesn’t really sound like much of a solution to anything because so much of what they have read about mindfulness sounds either boring or impossible.

For many of those tip-toeing on the train, mindfulness is the last thing they have time for because:

– Life doesn’t feel quite like the ‘ball’ I imagined it to be when I was so desperate to grow up. How is sitting in a chair for twenty minutes twice each day going to turn it into one now?

– I’d rather be doing something interesting and entertaining rather than just sitting still.

– Most meditators seem to look, act and sound boring.

– Life is for enjoying, for growing, for creating. How do I do that by sitting still focusing on my breath?

For some it feels like a cult or simply a fad

Surely life is too short already, to sit still for 40 minutes each day focusing on breathing. I already spend up to 12 hours sitting behind a desk and another 7 sleeping.

It cost me a few hundred pounds for the privilege, yet it was so boring I left after the first two hours.

The gentleman who opened the conference and introduced the day read from a script.

He did nothing at all to capture his audience’s attention, interest or curiosity.

The first speaker to be introduced then presented PowerPoint slides of the human brain together with complex charts and graphs. She presented them each to us in the most tedious and monotone. Her voice was barely audible even with a microphone.

The next speaker was full of zest and energy. She charged into getting the audience to do two exercises. Both felt far too rushed and of little significance, value and meaning.

We had paid hundreds of pounds to indulge her

Someone asked a question which he said he felt he was posing on behalf of most people in the audience. He asked what the absolute minimum amount of time was that people could practice a mindfulness meditation but still feel the benefits.

Was he bored already too?

“Paying attention in a particular way: on purpose, in the present moment, and non-judgmentally.” Jon Kabat-Zinn

Such a wonderful definition makes it incredibly hard to argue that it’s not something we should be striving to do. As sensible and as romantic as it sounds, how achievable is it in the world that most of us live in today?

How easy is it for us to be non-judgmental?

It was only a few years ago that researchers at Princeton University told us that we judge each other within a tenth of a second.

If that’s true, then it doesn’t sound as though there is much of a conscious process taking place.

I believe the research related to the link focused on facial features and character. Still, isn’t it highly likely that our judging ‘trigger’ extends way beyond our appearance?

Personally, I welcome and encourage the challenge for each of us to be far less judgmental

I also understand how difficult a challenge it actually is given our human conditioning.

How easy is it for us to be in the present moment?

Each human mind has a vast number of thoughts every day.

Many of these feel like repetitive, recycled thoughts that recur each day. Far too many of our thoughts are often negative or unhelpful ones.

Despite its difficulty I remain a strong proponent of the idea, practice and intent of mindfulness.

I meditate each day and I aspire to being as non-judgmental and as purposeful as I can.

Each time I find myself on the treadmill of life I make a conscious effort to leap off as quickly as I can. I realise that it won’t be too long before I’m back on it again; it’s a lifelong challenge.

I even wrote my own book about it many years ago, Hamster to harmony.

Most of us would insist on placing ourselves within the first five percent of thinkers.

Thinking is hard; it’s certainly not as easy as most people think it is

I believe that the principle of mindfulness is far from boring or impossible.

It seems to me that is exactly why we are all here.

It’s not a fad, cult, religion. It’s also not some form of complex brain changing quest that many would have us believe it to be.

Absolutely, the research is overwhelming that the benefits of a regular practice of mindful meditation or indeed any meditation practice is invaluable to our mind, body and spirit.

Should we be non-judgemental?

As difficult as a concept that may be, we owe it to ourselves and everyone around us to stop labelling and judging others. Meditation is one route to living a little more non-judgmentally.

We can’t stop our thoughts.

It’s a significant challenge to even slow them down.

Mindfulness is a great deal more than meditating or working so hard to stay in the present.

It’s also about thinking about the way we think

During the course of the enquiry we were told that the people who would attend the training would be far too busy to speak on the phone beforehand or even complete online questionnaires.

The HR Manager went on to explain that the company knew exactly what they wanted their people to do. She said that they didn’t need them to think about it, just for us to show them how to do it.

Imagine how many of those poor souls had tip-toed on a train journey designed for sardines to arrive at work. To survive in a culture where they are only expected to do as they are told and not to think for themselves.

Sadly, such a mind-set and culture is far from isolated, its epidemic

It won’t be addressed and resolved simply by meditating.

It will take leadership, courage and mindfulness to think about how everything we think, say and do impacts on ourselves and everyone around us.