How To Present When You’re 87 Years Young – Harry Belafonte 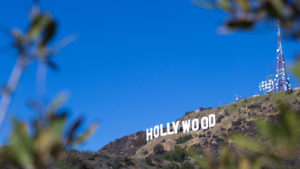 As a producer, composer, music arranger, actor, singer, civil rights activist and humanitarian, Harry Belafonte is no stranger to speaking in public.

Indeed many would say he’s always been outspoken.

I’m sure you’ll agree that his performance on Saturday night was in a class of its own.

His speech was a reminder to us all that when you believe in your message and are moved to inspire your audience your passion becomes infectious.

You don’t need notes and age is irrelevant

He  then paused for the next 6 seconds.

It was worth the wait

Poised to seize his audience’s full attention, they were more than ready to listen.

Harry  Belafonte opened with a challenging and thought provoking statement after a long pause:

“America has come a long way since Hollywood in 1915 gave the world the film ‘Birth of a Nation.’ By all measure, this cinematic work was considered the greatest film ever made. The power of moving pictures to impact on human behavior was never more powerfully evidenced than when after the release of this film, American citizens went on a murderous rampage. Races were set against one another. Fire and violence erupted. Baseball bats and billy clubs bashed heads. Blood flowed in the streets of our cities. Lives were lost. The film also gained the distinction of being the first film ever screened at the White House. Then presiding President Woodrow Wilson openly praised the film, and with the power of his Presidential anointing validated the film’s brutality and its grossly distorted view of history. This, too, further inflamed the nation’s racial divide.”

Harry Belafonte is an extremely talented and gifted actor and singer.

He is also an eloquent rhetorician

He crafts his message with great care.

Dawing his listeners in one step closer, he shares his reminiscence of sitting in a Harlem theatre at the age of 8.

Not content to rely on simple self -disclosure, he leaves nothing to chance.

He imparts the memory using emotive and powerful language:

“Tarzan was a sight to see, this porcelain Adonis, this white liberator who could speak no language, swing from tree to tree, saving Africa from the tragedy of destruction by a black indigenous, inept, ignorant, void-of-any-skills population, governed by ancient superstitions with no heart for Christian charity.”

From a brilliant opening to a memorable and action provoking close.

“I really wish I could be around for the rest of this century, to see what Hollywood does with the rest of the century. Maybe, just maybe, it could be civilization’s game changer. After all, as Paul Robeson said, artists are the radical voice of civilization,” said Belafonte. “Each and every one of you in this room, with your gift and power and skills, could perhaps change the way in which our global humanity mistrusts itself. Perhaps we as artists and visionaries for what’s better in the human heart and the human soul could influence citizens everywhere in the world to see the better side of whom and what we are as a species.”

What better call to action than calling Hollywood to be the catalyst for change?

Change that he has campaigned for even as an early supporter of the civil rights movement in the 1950s.

Age is clearly nothing more than a number

Connecting truly is everything.

It’s passion and belief that serve as the catalyst for that connection as so beautifully illustrated in this poignant speech.

If you need help with your public speaking skills: