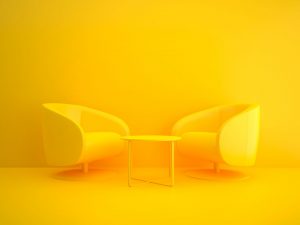 Donald Trump the 45th President of the United States gave his first State of the Union Address this week. As a public speaking coach with far more of a passion for what we can all learn from the rhetoric of world leaders than their politics I find myself called to tune into them.

I believe that communication skills rank among the top of the most important skills in the world regardless of who we are or what we do.  The truth in the words of Dr. Mardy Grothe who said,  “Words have incredible power. They can make people’s hearts soar, or they can make people’s hearts sore” is always worth considering when millions of people all over the world are addressed.

Before Donald Trump became the 45th President of the United States I was naturally curious as to how he would set about winning the hearts and minds of a nation through his rhetoric. In 2015 I wrote about President Trump’s speech at the Phoenix Convention Centre which concerned me on a number of levels. In my article ‘8 presentation tips for Donald Trump’ I presented Mr Trump with some extremely valuable advice. It seems to me that he has acted on 7 of the 8 tips that I shared and as you will see from that article and last week’s address he made remarkable progress in relation to those tips. The only one he didn’t take was to ‘lose the lectern’.

His oratory growth began well before last week though. In 2016 in a further article called, ‘Donald Trump took presentation skills coaching advice’  I wrote about his public speaking advances seen in his victory speech during his New York address. Again with the exception of clutching the lectern he acted on all of this advice.

Two steps forward, one step back

Just a few weeks later at his inauguration speech Donald Trump continued to follow most of the original advice I offered although he failed to embrace the most important one; ‘Create hope not animosity.’  In my article ‘Donald trump: what he did say today in his inauguration speech?’ I wrote: ‘Despite his energy, emphasis and evocative call to make America great again he spent most of his time admonishing his predecessor. Given that he had spent an entire presidential election campaign doing exactly that, it was disappointing that he chose to continue his tone of animosity and division.’

What a difference a year makes…

Even his most ardent dissenter would struggle to pummel President Trump’s 1st State of the Union Address. That said, Mr Trump is one of those speakers you either warm to or you don’t. It seems to me that whatever is written about his words and the way he delivers them half of the world will admire whilst the other half disdain.

Politics aside, what I was looking for as a public speaking coach was whether he would follow the advice I offered in 2015.

In my view he did follow this advice and excelled himself as a public and presidential speaker. In retaining and demonstrating his passion he raised the bar for himself significantly in speaking in a way that was clear, calm, compelling and complete.

He left his arrogance, ad-libbing and negativity at home and crafted and delivered a speech which did exactly what it was designed to do; present the State of the Union. Whether you, liked or agreed with his perspective I believe he demonstrated significant progress in his public speaking skills.

My only hope is that he can now continue to build on this as someone who has the opportunity to lead millions of people to speak in a way that is calm, compelling and respectful.

In case you missed the original article ‘8 presentation tips for Donald Trump’ or don’t have time to read it now its worth pointing out the suggestions I made which I believe can serve us all well when presenting and speaking in public.