Donald Trump Presenting the Facts, the Future and Fear 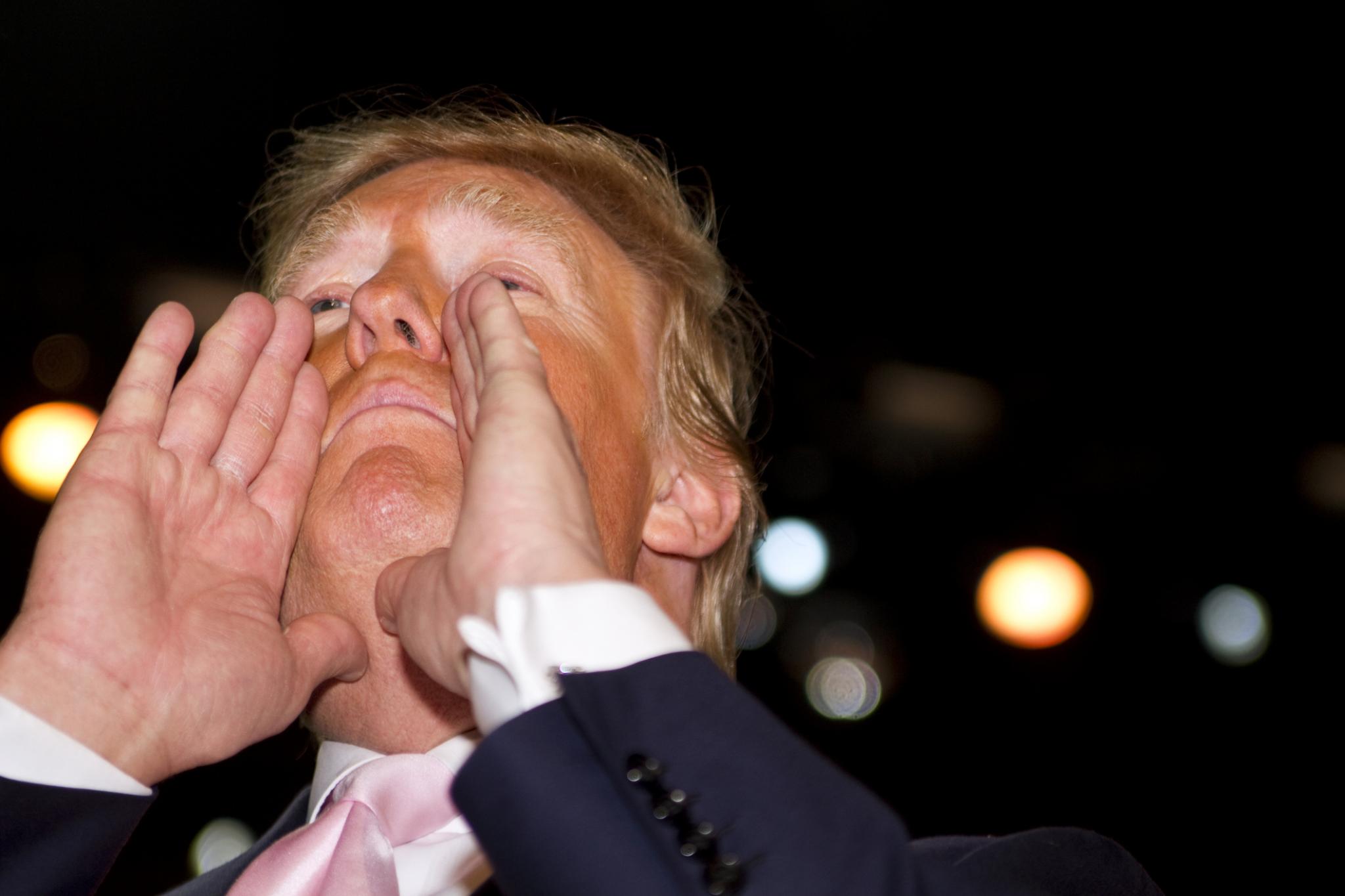 Is presenting and public speaking one of Donald Trump’s greatest strengths?

Whatever your view on his politics, personality or speaking style when it comes to public speaking every time Mr Trump takes the platform we get to learn something from him. Last week’s high profile acceptance speech at the Republican National Convention in Cleveland was no exception.

At our presentation training workshops we help our clients to understand the value and impact of what we call the 3 ‘F’s of engagement. In essence that means delivering the facts in a way that helps your audience to feel something emotionally and allows them to clearly see the future.

If you want to sound more credible, memorable and authoritative when presenting your idea then facts and statistics can serve you extremely well as Mr Trump demonstrated so forcefully in Cleveland last Thursday.

In this case Mr Trump shared with the RNC facts which were carefully selected and crafted to ensure that they were highly relevant, significant to his audience and to serve his purpose.

These were facts ‘hand-picked’ to validate his message, bring it to life and to create a powerful emotional impact.

For the most part I would say that was a job well done; after all that’s exactly what we teach people to do at Mindful Presenter, so what’s the problem?

According to The Washington Post, ‘Numbers are taken out of context, data is manipulated, and sometimes the facts are wrong’.

The New York Times suggested that, ‘Many of Mr. Trump’s facts appear to be true, though the Republican presidential nominee sometimes failed to offer the entire story, or provide all of the context that might help to explain his numbers.

And in some cases, the facts seemed inflated or misleading, part of a broader ideological message that Mr. Trump was hoping to convey.’

At Vox.com they wrote, ‘We counted dozens of factual claims in the speech, and fewer than half scored as true or almost true. But there were also plenty of falsehoods, misleading or disputed claims, or baseless accusations.’

From a personal perspective as a human being interested in the welfare and future of fellow human beings wherever they are in the world this was a speech that captured and kept my undivided attention for the full 75 minutes largely through its opening promise:

“I will present the facts plainly and honestly. We cannot afford to be so politically correct anymore.

So if you want to hear the corporate spin, the carefully-crafted lies, and the media myths the Democrats are holding their convention next week.

But here, at our convention, there will be no lies. We will honor the American people with the truth, and nothing else.”

As a professional presentation skills coach I rarely manage to listen to a 75 minute speech unless it has all of the hallmarks of a powerful one. Openings don’t get much more powerful than the one Mr Trump gave last Thursday, so I listened carefully.

Like millions of others around the globe listening to his words last week he shared a large number of persuasive facts some of which I now find are challenged by some very reputable sources.

Facts are critically important in any presentation or public speech although they carry a vital caveat.

They have to stand up to scrutiny.

If your audience finds out from any source that you presented the facts out of context or manipulated them in any way it serves to do little else than create doubt and mistrust and rightly so.

Many years ago I was given the greatest gift of my personal and professional life by a former boss of mine.

As he was steering me through the challenges of leadership he said to me:

‘Maurice, when it comes to motivation, the only thing you need to know about the subject is this; the only people who need to be motivated are the people who can’t see a future, and it’s your job as their leader to help them to see it’.

That quickly became a profound truth for me and it’s a thought I still wake up to every day.

At Mindful Presenter that philosophy is the bedrock of everything we teach when helping professionals to connect with other each time they present their ideas and speak in public.

As far as Donald Trump’s acceptance speech is concerned I can only share with you the picture of the future as I saw it being painted through his speech last week.

The not so good

Given his vision of the future it’s not so difficult to see why he has captured the hearts and minds of so many Americans.  Who doesn’t want to pay less tax, feel safer and ride around in the trains of tomorrow?

I can’t imagine any country not wanting those things, after all aren’t they at the core of any good political leaders manifesto?

For the most part Donald Trump painted a rosy picture of the future but what was the emotional cost of presenting that vision?

If a ‘being’ from another planet had landed in Cleveland at the RNC last Thursday and sat through 75 minutes of Donald Trump’s address I believe he would have leapt straight back into his space craft after recovering from his paralysis by fear.

Here is what he would have heard:

Many would of course think that jumping straight back into your space craft and heading home is a little hasty as whilst these statements are quite scary, if they are accurate they need to be addressed.

I don’t think that’s it’s the facts that would have scared him so much as the solutions our visiting ‘being’ would have heard.

Everyone pays less tax, whilst we build a huge wall around us, protect our country at the expense of everyone and everything else, stop innocent people from coming in to our country and make sure everyone has a gun to protect themselves.

That isn’t of course what Donald Trump said at all but strangely it’s what I heard.

Interestingly his approach seems to work perfectly for him because as far as I can see he is attracting more supporters each time he speaks.

Nevertheless, at Mindful Presenter when it comes to the 3 ‘F’s of engagement will continue to work with our clients to help them to deliver:

What do you think about his acceptance speech?