Boris Johnson – Proof That Politics Doesnt Have to be Boring 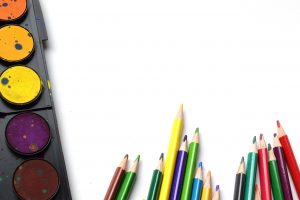 There have been so many adjectives to describe Boris Johnson

Boris Johnson has also been called:

Some think he’s not only brilliant as the Mayor of London but that he should be the next leader of the Conservative Party and even Prime Minister.

Others of course think he should be somewhere else completely; that’s putting it politely.

This post is purely about his speaking style in politics

Whatever your views about his political position and beliefs its worth spending a few minutes watching this video of him speak at this year’s Conservative Party Conference.

He certainly knows how to grab his audience’s attention

With his hands on his hips, leaning forward reaching for his pen in his inside pocket and intermittently touching his hair he said:

“Before I go any further I just want to check one thing:

Are we all here by and large proud Conservatives?

Are we proud of the oldest and most successful party in all western democracies?

Do we intend to fight the next election under the conservative banner and no other?

Are there any defectors?

Are there any quitters or splitters?

Anyone been feeling a bit yellow around the edges like a kipper? “

“If I could quote a great Midlands author ‘he which hath no stomach, to the fight let him depart’.”

He sets the tone at the start by getting everyone completely onside.

His intention to unite everyone was evident from the moment he opened his mouth to speak.

He chose to do so through humour and charm, yet not once undermining the seriousness of his message.

He’s arguably not as ‘polished’ as some other high profile politicians.

That noted, his authenticity is hard not to admire.

I believe it works for him as a speaker

Even the way he rubs his head as if he’s having a bad day.

Is he  thinking or does he have an itch?

No one really knows or cares, it’s him and it’s just fine.

Being a brilliant political speaker can’t be at all easy

We seem to live in a world of many speakers being so painfully serious and dull all of the time.

Politics is a very serious business of course.

I’m not for a moment suggesting we demean it by suggesting that all politicians abandon gravitas for frivolity.

Boris Johnson strikes a healthy balance between delivering a mindful message with power and impact, yet is light hearted when appropriate. He helps his audience to relax and absorb his point.

Referring to Ed Milliband’s  Labour Party Conference speech where he omitted to talk about the economy, Boris Johnson quipped:

“His subconscious rebelled, the baggage handlers in his memory went on strike.”

He added to the metaphor further by saying:

I don’t believe it’s really necessary to disparage the opposition as they all do.

Boris Johnson does seem to be able to do it more gracefully than others.

He also has quite a gift for using colourful language

This helps him to express his point and for his audience to visualize his meaning.

He later referred to the rhetoric of the SNP in thinking that London is a:

Then he continues to paint pictures with his words

“Look at the skyline of London writhing and sprouting with extraordinary growth like a speeded up David Attenborough nature film.”

He then casually pulled out a brick from underneath the lectern, held it up in the air and said:

“Now let me give you a more concrete and tangible example, behold this brick. This brick was given to me yesterday in Newcastle Under Lyme, a constituency where we conservatives are (don’t worry I’m not going to throw it) only 3 points behind Labour. A place where we have a real chance of winning for the first time in a Century.”

Boris Johnson knows how to captivate his listeners

He keeps their attention through the creative use of language as he continues speaking about businesses in Britain exporting around the world:

“I’ve seen a Thai factory in Darwin where they are taking on more workers to satisfy the demands for Cumberbunds in China. The Cumberbund always having been an essential bit of Chinese Communist apparel.”

“ I’ve seen a shears factory in Gloucestershire that exports camel clippers to Mongolia, I’m not making this up and a chilli factory in Wiltshire that is making an unbelievable million scoville chillies and that is now working with the Indian government to supply weapon strength chillis from Wiltshire for managing crowd control and riots”

Boris Johnson is an articulate speaker

His light hearted approach helped rather than hindered him in delivering his key point:

“The current story of London is one of amazing success”

“Let us unite now, let’s get together.”

Whether you like the man and his politics or not it seems to me he began with the intention of inspiring and uniting his audience.

I suspect he achieved his goal.

More importantly, he proved that listening to a politician speak about politics doesn’t have to be so boring.

If you need help presenting: