Barack Obama- Master of the Pause 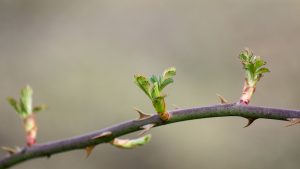 Barack Obama is arguably one of the best speakers in the world today but in my opinion he is unquestionably the master of the pause. We saw this again this week in his address to the United Nations General Assembly, where he outlined steps world leaders should take against violent extremists such as the Islamic State militants.

“Mr. President, Mr. Secretary General, fellow delegates, ladies and gentlemen: we come together at a crossroads between war and peace; between disorder and integration; between fear and hope.”

Even in this short but powerful opening he paused 4 times for 2 or 3 seconds each time.

“Around the globe, there are signposts of progress. The shadow of World War that existed at the founding of this institution has been lifted; the prospect of war between major powers reduced. The ranks of member states has more than tripled, and more people live under governments they elected”

Once again he speaks less than 50 words and pauses 4 times.

This was the best and most significant opportunity that Obama had to rally the world against ISIS and address other world issues such as Ebola, Russia’s actions in Ukraine and climate change.

“Today, I ask the world to join in this effort. Those who have joined ISIL should leave the battlefield while they can.”

He didn’t just pause emphatically like this for the first opening minute of his speech; his entire address was mindfully paced with perfectly positioned pauses to highlight his point.

At such an important time and on such critical issues it was imperative that he made absolutely certain that not only was every single word he had to say heard, but understood and digested.

Therein lays the power of the pause.

When you have something profound to say and there is no scope for misunderstanding or misinterpretation the pause is your best friend as Obama knows better than almost anyone.

When you have something important to say and when you really want your listeners to get it, that’s when you pause.

In this instance, as in most of his speeches he is under no illusion that he has to do whatever he can to make sure his audience ‘gets it’.

That’s why he’s not only the master of the pause but arguably the ace of repetition and champion of the metaphor and descriptive language.

When Obama speaks you don’t just hear him; you see what he is saying.

“Today, whether you live in downtown New York or in my grandmother’s village more than two hundred miles from Nairobi, you can hold in your hand more information than the world’s greatest libraries”

“Iraq has come perilously close to plunging back into the abyss. The conflict has created a fertile recruiting ground for terrorists who inevitably export this violence.”

“The people of the world look to us, here, to be as decent, as dignified, and as courageous as they are in their daily lives. And at this crossroads, I can promise you that the United States of America will not be distracted or deterred from what must be done. We are heirs to a proud legacy of freedom, and we are prepared to do what is necessary to secure that legacy for generations to come. Join us in this common mission, for today’s children and tomorrow’s.”

We live in an age of speed and information, at a time when ideas and data are flying at us from all corners of the globe at the speed of light.

Most people are waiting to speak rather than truly listening and others are so desperate to be heard or so anxious they will be judged by their words that in the world of presenting that they spout them out as quickly as they can.

The key to being a great and memorable speaker is to be authentic, which means we should not all clamber desperately to be like Obama.

That said we can learn from him and slow down.

If you need help presenting: