Apple does it again or does it? – Presenting the New iPhone 6S 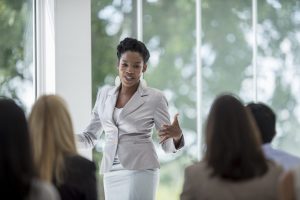 Apple has long been hailed as one of the most innovative, influential and admired companies in the world.

If you’ve ever used any of their products it’s pretty easy to understand why.

I’ve often heard it said that when you’re talking about some of the most advanced and popular products on the planet, it’s not too hard to give a great presentation.

Those who speak regularly at conferences know that just isn’t true.

It’s not the product that makes a great presentation, it’s the speaker

Of course when you’re presenting one of the best loved products on the planet it does make your job a little easier.

You still have to deliver.

“I am thrilled to show you the newest iPhones”

That’s really all he needed to say before he stepped aside and the phones appeared in full colour and glory on the big screen.

Well let’s just take a deep breath for a moment.

The words were a little predictable and obvious.

I don’t know many leaders that aren’t thrilled to show off their new products.

What followed was 50 seconds of a video with pleasant music showing what looked to me just like the old iPhones.

At that point it was hard to share Tim’s excitement for something new that looked to me to be the same as the old.

For me a much more compelling opening would have been to focus on the concept that everything has changed.

After all ,no one wants to see nearly a minute of something they’ve already seen.

In an article I wrote last year about Tim Cook launching the Apple Watch. I congratulated him on his commanding presence, perfect pacing and pausing and this time around he was just as good.

After expressing his excitement and showing the lack lustre video he called a colleague up on stage to explain exactly what had changed.

We were introduced to 4 colours, 2 sizes and a glass cover that’s the strongest in the industry

After 4 minutes, we finally got to the point of what we should be really excited about.

‘3D Touch’, the next generation of multi-touch

Apple clearly lead the way in so many aspects of business.

Fom innovation and people management to quality of products and investment value, they excel.

They undoubtedly have the leadership passion and speaking skills to give world class presentations.

That said, it seems to me that they need to raise their game slightly when it comes to high impact presenting.

I wonder what would be possible for a company like Apple if they invested as much creativity, energy and forward thinking to lead the world in presenting in the same way they do their products.

If you need help with presenting and public speaking: