Ed Milliband – What is he like as a speaker? 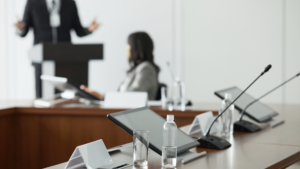 Does Ed Milliband speak with the gravitas of Obama, the grace of Clinton or the glow of Cameron?

That said, he did the right thing speaking without notes at this week’s Labour conference in Manchester.

From a technical speaking perspective he:

Spoke at a good pace

Told us stories about people he had met

He opened his speech by talking about someone who lived locally in Salford and how Manchester was a ‘fantastic City’, which held special memories for him.

He reminded us that our country ‘nearly broke apart’ and thanked Gordon Brown, Alastair Darling and Co. for playing their part in keeping us together.

This was met with thunderous applause

He spoke of another conversation he had recently with a lady called Josephine.

Then another lady who worked at a pub where he lived

He then mentioned two young women in the park; and so it went on.

Shared how he had watched nurses ‘come together’ in the A&E department of a hospital in Watford, he received a couple of standing ovations when he said:

“An NHS with time to care”

“I know my dad loved Britain”

In summary,  Ed Milliband delivered a well structured, polished and mindful speech that.

A speech most coaches would commend

Fine, but was it memorable?

It was full of the usual:

– Political platitudes we hear all the time

– Constituent stories we hear all the time

– Slants that politicians use against each other all of the time.

If you were to critique Ed Milliband using a best practice checklist he would have ticked most of the boxes,.

Yet, for me, there was still something missing.

The two key ingredients missing were imagination and inspiration

I didn’t hear anything new, inspirational or compelling

In fact, I’m quite sure I would have stifled a few yawns had I been there in person, as I did when I watched the video.

If I were to give Ed Milliband any suggestions other than to be a little more creative and memorable it would be to:

– Stop repeatedly calling his audience friends (the first couple of times were fine but then it quickly became annoying and sounded patronising.)

– Use the platform a little more; own it.

– Not have his back to some of the audience.

– Have a much more memorable and compelling close.

– Dare to be different

If you need help developing your public speaking and presentation skills: