The Power of Storytelling in Public Speaking – Bill Clinton 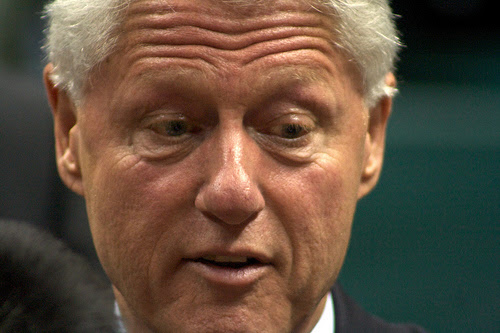 It’s no secret that storytelling is the new super power of public speaking in business, politics and even at home. In fact, it’s not new; stories have always been an intrinsic part of everyday life.

A good story well told helps us to make sense of things, feel what the speaker feels and even change the world.

Bill Clinton who masterfully uses stories to connect emotionally with his audience did so again beautifully at the democratic national convention this week.

His entire speech was a heartfelt story elegantly designed to persuade Americans to embrace his wife and make her the next President of the USA.

These were Bill Clinton’s opening words before he went on to share in great detail their personal family story throughout the years.

Storytelling contains a number of rich elements; it’s not about the speaker it’s about something far bigger:

It’s the characters that make a story and the more personal it gets the better the story. If you’re going to share a person’s character with your audience they want to see the side they didn’t know about that they can relate to and connect with. If they already have a public perception of the person they want to hear about the ‘real’ them.

“She got so involved in children’s issues that she actually took an extra year in law school working at the child studies center to learn what more could be done to improve the lives and the futures of poor children.”

In the end your audience really want to know why you told them the story.

To some it may have sounded like a love story and in many ways it was but it was more than his love for his wife and his daughter. It was about his wife’s love for her country and everything she had worked so hard over decades to do for it.

He made his purpose explicitly clear at the end of his speech:

“Hillary will make us stronger together. You know it because she’s spent a lifetime doing it.”

Can you imagine how engaging a story would be if it was just one fact stated after the other? The whole point of a story is to make your audience feel something.

“Chelsea was born just before midnight. And it was the greatest moment of my life. The miracle of a new beginning. The hole filled for me, because my own father died before I was born.”

One of the many reasons storytelling is so powerful is because we have an insatiable appetite to understand life, make a difference and connect with each other.

“And so I tell you, if you love this country, you’re paying taxes, and you’re obeying the law and you’d like to become a citizen, you should choose immigration reform over somebody that wants to send you back. If you’re a Muslim and you love America and freedom and you hate terror, stay here and help us win and make a future together. We want you. If you’re a young African American disillusioned and afraid, we saw in Dallas how great our police officers can be, help us build a future where nobody is afraid to walk outside, including the people that wear blue to protect our future.”

The best stories are the ones based on your own personal experience. These are the stories of things that happened to you or that you witnessed for yourself that you can not only relive in your mind but help your audience to experience it as though they were there too.

“She had thick blonde hair, big glasses, wore no makeup. She exuded this sense of strength and self-possession that I found magnetic.”

One of the best ways to make your story more interesting, engaging and real is to talk about the conflict or challenge your main character had to overcome.

“She flew all night long from Cambodia to the Middle East to get a cease-fire that would avoid a full-out shooting war between Hamas and Israel in Gaza to protect the peace of the region.”

Facts when delivered on their own in any presentation are generally boring. The reason for that is normally because they are delivered blandly and most people know that you could have sent them in an email for them to read for themselves.

When those same facts are weaved into a well-crafted story they have far more impact.

“She tripled the number of people with AIDS in poor countries whose lives are being saved with your tax dollars, most of them in Africa, going from 1.7 million lives to 5.1 million lives and it didn’t cost you any more money.”

I’m not American so I won’t be voting for the next President in November. However, if I were its quite likely that I would be like millions of American’s making their vote based on what they believe they know about the candidates from the media.  Well told stories can bring a depth of knowledge, clarity and understanding that you didn’t necessarily have before.

Bill Clinton opened his speech by telling us that “I met a girl” and I believe that in less than 45 minutes on Tuesday night countless people around the world may have met that girl for the first time too.

Such is the power of storytelling.