Do you have to be an inspirational speaker to be President? 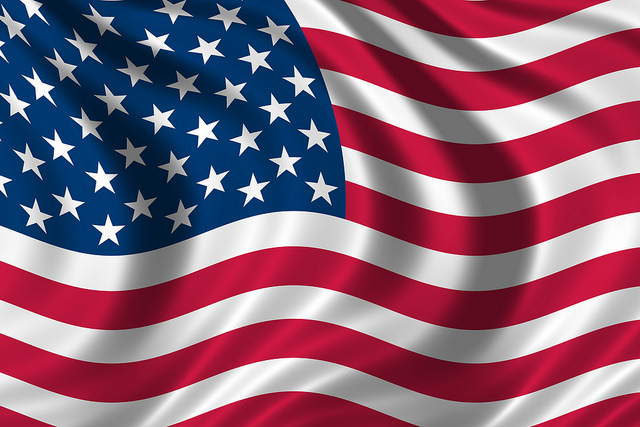 Throughout history American Presidents have delivered some of the world’s finest, most inspirational and memorable speeches.

Barack Obama’s forefathers would be proud of many of his speeches: “Our challenges may be new. The instruments with which we meet them may be new. But those values upon which our success depends — hard work and honesty, courage and fair play, tolerance and curiosity, loyalty and patriotism — these things are old. These things are true.”

Franklin D. Roosevelt changed the destiny of World War II: “So first of all let me assert my firm belief that the only thing we have to fear is fear itself – nameless, unreasoning, unjustified terror, which paralyzes needed efforts to convert retreat into advance.”

With the clock now ticking away furiously to the 8th of November and so much at stake, not only in America but across the world, I have a question for you.

Does the next President of the United States have to be an inspirational speaker?

Some may say, ‘no, of course not, its their policies and beliefs that matter, not how they speak.’ Others will insist it’s critical and ask ‘how else would you get anything done?’

With two candidates left standing in the Presidential Election Campaign let’s first consider the one who has the whole world talking.

Donald Trump’s presidential campaign started just over a year ago and his rallies and remarks over that time have caused quite a global stir. He’s called Mexican immigrants rapists, called for “a total and complete shutdown of Muslims entering the United States” and has said “we can’t continue to allow China to rape our country.”

With a reputation for using words that seem to repulse so many people how it it possible that the same words can rouse such support and seemingly inspire so many American people?

Just imagine for a moment if Donald Trump had said all of the controversial things he has been quoted as saying over the last year in a way that lacked passion and conviction. Imagine if he said all of those things in a quiet monotone voice with no facial expression, no gestures, no movement and no vocal presence or energy. Imagine if he just read the words as though he were reading the fire regulations for the convention centre from a teleprompter.

Would people still be voting for him?

Some would, but I’d be willing to place a significant bet that many wouldn’t. Such is the power of public speaking; the words you choose are critically important but so too are the way you share them.

To be an inspirational speaker of any kind your audience have to believe you, not just the words leaving your mouth. Not only do they have to believe you but they have to like and agree with what you are saying too. If they don’t you wont inspire anyone. If you are truly inspired by someone you won’t just nod in agreement, you will act on their words.

So it seems that a great number of people must like the idea of ‘building a wall’ or banning Muslims from entering the country.  Not only must they like his ideas they must believe that Donald Trump truly believes in them too otherwise why on earth would they vote for him.

Can you imagine Donald Trump persuading so many American people to support him if he were awkward and ineffective each time he took the podium?

Last month I wrote an article entitled ‘A 60 Minute Master class in Public Speaking: Hillary Clinton’ which highlighted 18 aspects of her recent Democratic National Convention speech which I believe was truly inspirational.

That said, the same question I raised earlier about Donald Trump could just as easily be asked about Hillary Clinton.

Can you imagine Hillary Clinton persuading so many American people to support her if she were awkward and ineffective each time he took the podium?

Was she better than Donald Trump?

In my opinion, politics aside, she is ‘miles’ ahead of Trump as an inspirational speaker for all of the reasons you can read in my article.

Does that mean that she would make a better President than Donald Trump?

The way you communicate with and influence others is critical in any leadership role. They won’t always like or agree with your ideas as history has shown us, especially in politics but you need very strong presentation skills to be taken seriously.

I believe that most of us want the same from our leaders whether they are at the helm of our country or our business.  In their book, ‘The Leadership Challenge’, authors James M. Kouzes and Barry Z. Posner shared the findings of some extensive research that surveyed thousands of people asking, “What values, personal traits, or characteristics do you look for and admire in a leader?” The survey began in the 1980s and was repeated every five years over six continents, concluding in 2007.

Here is what people across all six continents consistently said they want their leaders to be above everything else:

If you are leading a country and have the gift of addressing millions of people through the spoken word I believe that they want, expect and deserve nothing less.

I started this article by noting that ‘throughout history American Presidents have delivered some of the world’s finest, most inspirational and memorable speeches’ and personally I believe America would benefit greatly from another.

I firmly believe that a President does need to be an inspirational speaker.

There is of course a great deal more at stake and being an inspirational speaker doesn’t qualify you for President or indeed any leadership role.

It doesn’t matter how gifted a speaker you are if you don’t possess the four essential attributes that the ‘The Leadership Challenge’ suggests the world is crying out for from its leaders.

Given that the two remaining Presidential Candidates have demonstrated their ability to inspire and rally an audience perhaps the only question that remains is who demonstrates these four characteristics the most.