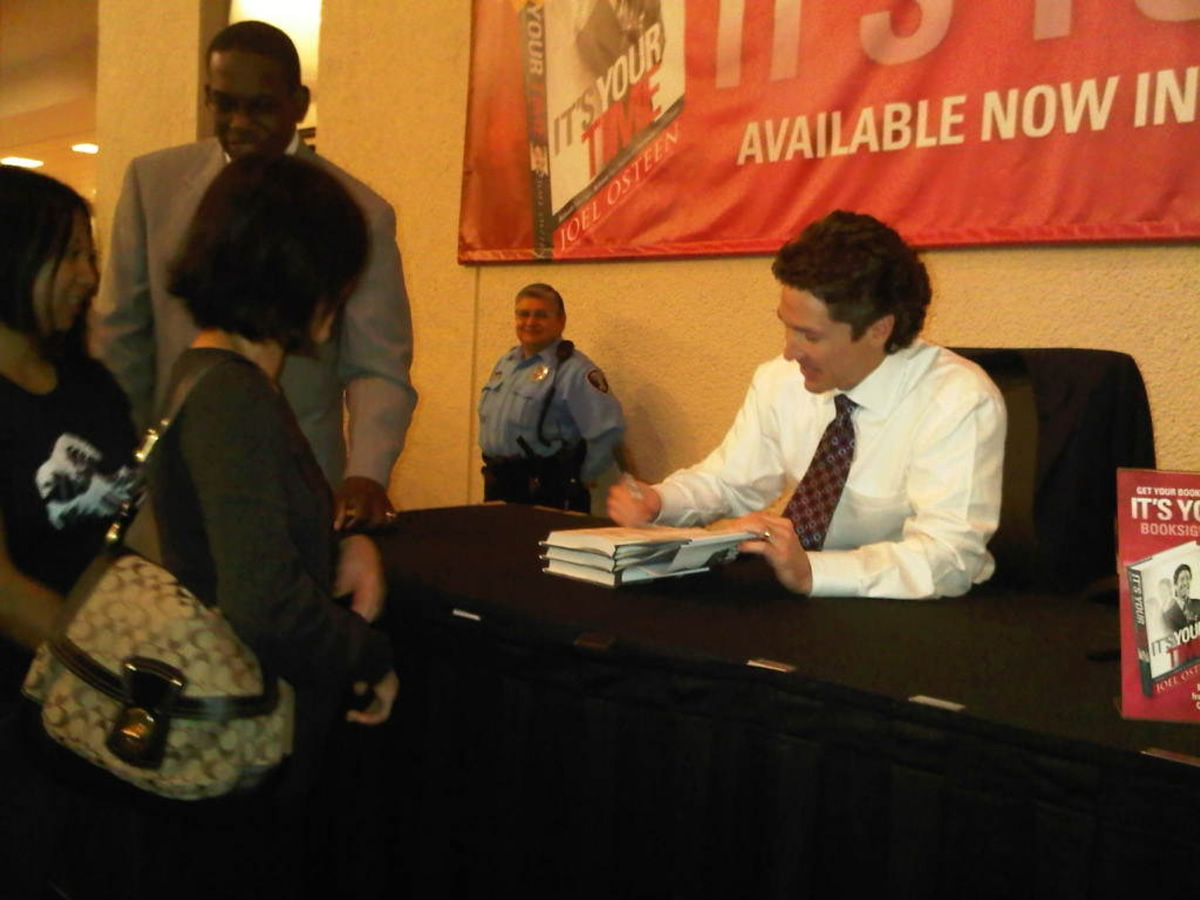 As a presentation skills coach I love to talk.

That said, I made a decision many years ago that there are two things I would try my very hardest to avoid speaking about in public.

Given that I’m neither a theologian nor a politician most people respect my decision.

Occasionally I’m challenged and asked why. My perspective is as simple as it is personal.

In my experience, many people hold very strong personal views and beliefs on both topics.

It often results in either an exhaustive and arguably pointless debate or an equally meaningless argument.

If I were a theologian or a politician where it was my job and purpose to speak on either matter that would be different of course.

As I’m neither, I prefer to reserve my beliefs and opinions for where I believe they may offer an opportunity to serve.

I love to share what we can learn from great orators, regardless of their occupation

Another speaker I like to pay attention to is the American preacher, televangelist, author, and Senior Pastor of Lakewood Church in Houston Texas, Joel Osteen.

Tens of thousands of people gather to listen to him each time he speaks.

His weekly sermon is viewed by seven million Americans each week and seen in almost 100 nations.

Do they all admire and respect him so much purely because of his religious beliefs?

Could there be something else?

He must be quite an engaging speaker too, don’t you think?

Here are my thoughts on what I believe we can all take from this sermon  purely in terms of learning to be a high impact public speaker and presenter.

1. Serious doesn’t have to be boring

Despite being the largest congregation in the United States with over 43,000 in attendance each week, Joel Osteen talks about the very serious subject of ‘life’ with an undaunted sense of humour.

The last time I went to my church I believe there were probably fewer than 200 people there. Not only do I not recall raising a smile, I can’t actually remember anything.

Joel often starts a sermon with a joke or a humorous anecdote. Some may think this is inappropriate and risky in such a setting.

He clearly understands and respects his audience and uses humour in a way that helps them to relax and engage them.

I’m not suggesting that telling jokes is something every speaker should do.

It is definitely risky.

I do, however, like and encourage the idea of taking yourself a little more lightly and helping your audience to smile and relax.

2. If stories can work in church, what power do they have in business?

At Mindful Presenter we coach and promote the impact of storytelling in business presenting.

The challenge is often finding one that will mean something to your audience.

As Joel demonstrates, once you have the relevance it’s about where you place the story.

It’s then about telling it as though it’s happening in the moment, so it feels real to the audience.

3. You really don’t need the lectern

Speaking continuously for a full 30 minutes without frequently referring to your notes or ‘slides’ is not the easiest of tasks.

When speakers have notes on top of a lectern you will more often than not see them ‘clinging’ to the lectern in fear of straying from their notes.

In this sermon, you will see that Joel stands either in front of the lectern, next to it or completely away from it.

His effectiveness would have been significantly diminished had he stood behind the lectern reading his notes.

The solution is knowing your content inside out, rehearsing and practicing it without a lectern.

This sermon is crafted and delivered to make people feel good.

It is positive and inspiring yet at the same time challenging people to look at ‘happiness’ from a different perspective.

It’s every presenters job to make their audience feel something

I have given many business presentations where my intention has been to make my audience feel uncomfortable to enable me to lead change or action.

It is relatively easy, however, to make people feel uncomfortable but the highly effective speakers know how to also offer hope.

I believe that far too many people are walking around feeling uninspired, demotivated or even unduly complacent so we have an enormous

In this seminar, Joel makes it clear right from the very start what he is going to talk about.

“I want to talk to you today about living life happy”.

Having set the theme for the next 30 minutes everyone knows why they are there. Everything he says revolves around ‘living life happy’ and being happy.

He is clear, he is consistent and speaks using words, terms and phrases everyone can understand.

6. Talk about what people can relate to

Happiness is a timeless, universal goal!

It’s one of the few things we all have in common so you can be certain that its something everyone in the audience wants to hear and talk about.

The best presentations are always about the audience, not the speaker

I recognise that Joel Osteen often triggers a great deal of controversy when he speaks.

Some people regard him as more of a motivational speaker, than a pastor.

Whatever you choose to call him and whether you share his beliefs and sentiments or not, it would be hard to dispute that he is an extremely powerful speaker.

I’ve highlighted just 6 of the many lessons we can learn from this speech:

–  Serious doesn’t have to be boring

– If stories can work in church, what power do they have in business?

– You really don’t need the lectern

– Talk about what people can relate to

Each of these in their own right carry incredible value in helping you to connect with your audience in a memorable and engaging way.

I believe It is also worth listening to the speech for an entirely different reason; it holds some very simple but powerful wisdom.

You don’t have to share Joel Osteen’s religious beliefs to understand and be inspired by his message.

Its definitely worth the 30 minutes.

If you need help developing your public speaking skills like Joel Osteen: