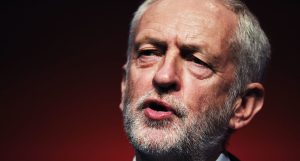 Listening to Jeremy Corbyn deliver his Labour conference speech in Liverpool last week reminded me of some research I had read several years ago. This was a study by Harvard psychologists Matthew Killingsworth and Daniel Gilbert which suggested that the human mind has a tendency to wander almost 50% of the time.

In this instance, I had to work extremely hard to stop my mind from wandering most of the time during his hour-long address.

Why was he so hard to listen to?

Politics aside, it was only 12 months ago that I gave him great credit for being far more professional as a speaker. I even suggested that he had taken his audience on a ‘compelling journey.’ In terms of his public speaking prowess he will never be ranked among the great political orators but that’s what makes him endearing to many people. He clearly isn’t interested in being noted for his rhetoric.

A lot of people prefer the fact that he isn’t a slick and highly polished public speaker and that he speaks with a more relaxed and conversational tone. In a world which is crying out for authenticity that has to be a good thing. That said when you are speaking for an hour I think we owe it to our audience to give them more. The reason my mind wandered so much during this speech and I was so thankful for being able to dip in and out of social media is because it was like listening to someone moaning on the train.

I had a similar experience on the train only two weeks ago. Travelling back from having spent a couple of days working in Devon I settled back to enjoy the 2-hour journey from Exeter to London. Unfortunately, there was nothing enjoyable about it. Two older gentlemen decided to make full use of their time to thoroughly discuss the merits, challenges and complexities of Brexit.

The problem was that it was only really one of the chaps doing the talking.

He sounded angry and his 2-hour tirade was stilted, hesitant and seemingly quite random.

Listening to Jeremey Corbyn speak the flashbacks to that irritating train journey continued. The raising and lowering of his voice quite randomly and inconsistently, the outbursts of anger and the quiet moments of concern felt anything but credible. Both the man on the train and Jeremy Corbyn sounded as though they had just read a book on public speaking and were trying out some of the techniques. Whilst I can applaud both of their efforts it just didn’t work.

When commenting on Jeremy Corbyn’s speech in 2015 I wrote:

‘For me it lacked structure and focus and was delivered in such a monotone way that you wouldn’t be blamed for reaching for your phone.’

Last year I took it all back when I said, ‘This wasn’t the angry, stumbling and unfocused speaker we saw and heard back in 2015’.

This isn’t an article about politics as when I managed to keep my fingers away from social media icons as he spoke he seemed to make a lot of sense. The problem was that the way he shared his message was arguably mindless and boring.

I’m very aware of course that many people reading this article may have very different views on the way Jeremey Corbyn spoke. When I’m out at dinner parties I do whatever it takes to avoid talking about politics or religion as they are both such highly charged emotive topics that logic often isn’t given a glimpse.

In this particular case, I’m not referring to politics. My concern is someone speaking for an hour in a position of leadership and influence.

What I would like to hear and see is someone speak with:

That’s a tall order I know, but if you are at the helm of an entire country and millions of lives I don’t think we should settle for anything less.

Will Theresa May step up to the mark this week at the Conservative Party conference?

Have a look Jeremey Corbyn’s speech here and see what you think.